Shahoo Mohammadi is the record holder of Down Syndrome endurance swimming in Iran and the world, who was able to swim 2483 meters in one hour in December 2018 and set this record for himself. 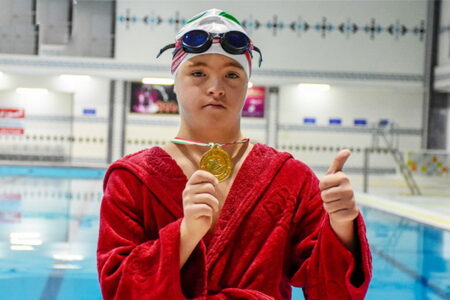 According to the, Balviz sport service , the head of the Mahabad Youth and Sports Department, announced the news: Shaho Mohammadi, a genius of Down Syndrome in Mahabad, won two gold medals in the national rowing championship

Qarni Mostafapour stated: Mohammadi, who was the only representative of West Azerbaijan province in the country’s Paracano rowing competitions, which was held on Monday, November 1, in Tehran’s Azadi Lake, won two gold medals

Mostafa Pour stated: This athlete was able to take the first place in the 200m rowing competitions in the Mk1 class

He added: Mohammadi also won the second gold in the MTkL1 class by covering a distance of 200 meters

In this ceremony, Shahoo Mohammadi was named as the first Down Syndrome boatman in the world who sails with a balance boat and the participants were applauded

At the age of 15, Shahoo Mohammadi is the first person in the world with Down Syndrome to be able to swim in open water

In September 2018, Shahoo competed in the open water competitions in West Azarbaijan and Marivan provinces with other ordinary swimmers over a distance of more than 3 kilometers. He has won first place twice in the Special Olympics of Iran in 2015 and 2016

In addition to swimming, Shahoo is the first person in Iran and the world to be diagnosed with Down Syndrome who can sail with a professional kayak

Shahoo Mohammadi is the record holder of Down Syndrome endurance swimming in Iran and the world, who was able to swim 2483 meters in one hour in December 2018 and set this record for himself 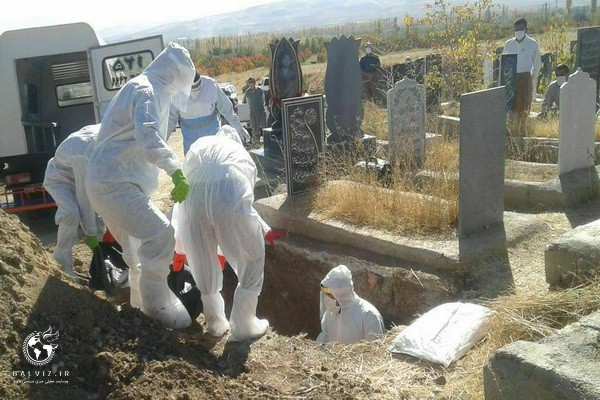 Iran (Mahabad) Balviz– The death toll from COVID-19 in Iran has exceeded 40,000, while more than 546,000 positive cases have recovered from the disease so far Speaking at a daily press conference on Friday, Health Ministry Spokeswoman Sima Sadat Lari said the coronavirus has taken the lives of 461 patients during the past 24 hours, […]

The strangest village in the world

The strangest village in the world Mahabad-Balviz, the ambassador-world in which we live, has unique wonders, these wonders, in addition to nature and the life of living beings, are also different in terms of habitat. According to the photo service, Balviz Analytical News Agency, is the village of Kopani in Fang Bay, located in Thailand, […]